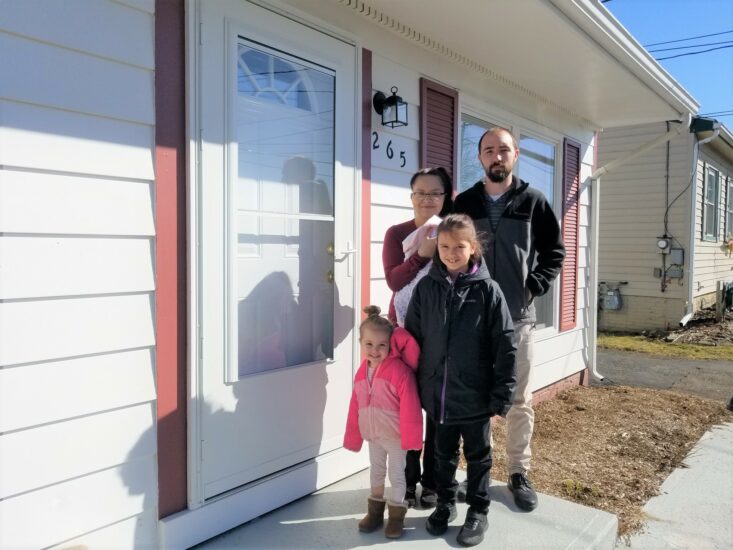 “It feels great to come home and pull into my own driveway and walk into to my own house,” says John. He and his family recently moved into their new Habitat home, and finally have a place to call their own. Tahesion loves to cook and is happy to have an updated kitchen, and the kids love the big back yard where they can run around and play soccer.

Before applying for a Habitat home, John and his family were dealing with one high-priced rental apartment after the other and grew weary of paying monthly rent to a landlord when they really wanted to be investing in their own home. They started living with John’s parents to try and save money toward purchasing a home, but realized it was going to be a challenge to qualify for a home loan on their income, even though they both had steady employment. They eventually turned to Habitat for Humanity, and with Habitat’s guidance, they successfully qualified for an affordable mortgage.

“We’re thankful for the opportunity to go through the home buying program with Habitat,” said John.

His wife, Tahesion added, “Everyone there helped us understand the steps, which can easily be an overwhelming process. It was so worth it!” Even though they still have monthly payments, now they see them as an investment in their own home and their future financial stability.

John and his family are enjoying the privacy and peace of mind that comes with having their own space. Popcorn night is a new tradition where the girls can sprawl out on a blanket in the living room to eat popcorn and watch a movie. John is also looking forward to landscaping their outdoor space, and hopes to start a flower garden with his daughters… something they weren’t able to do at their rented apartments. Tahesion said homeownership is an opportunity for them to teach their children a variety of responsibilities, such as saving money, cleaning their own rooms, and taking care of the yard.

John noted that putting in the required “sweat equity” with Habitat has given him some general knowledge on how to fix things around the house. They also recognize the community involvement behind every Habitat home. “We’re so grateful to know there are people out there who were willing to help us meet our homeownership goals,” said John, referring to the many volunteers who worked on their house, and donors who generously contributed to Habitat’s mission. “This wouldn’t have happened without them.”